In the insurance world we use the term ‘Protection’ when we talk about protecting people from the financial hardships which often result from certain life events. These sorts of protection products also tend to be longer-lasting arrangements than the ‘annually-renewable’ arrangements with which people are generally familiar (things like car insurance or buildings & contents insurance). They are also about ‘people’, rather than ‘things’.

We generally accept that we need to insure our cars and our homes – in fact The Law in most countries requires us to have vehicle insurance. What we often overlook is the need to insure ourselves. Despite the fact we are far more important than the metal we drive around in or even the roofs over our heads, we often don’t see ourselves as a priority. Yet without us in the first place, none of the rest really matters.
Get A Free Consultation

The main types of (people) protection products we can arrange are: 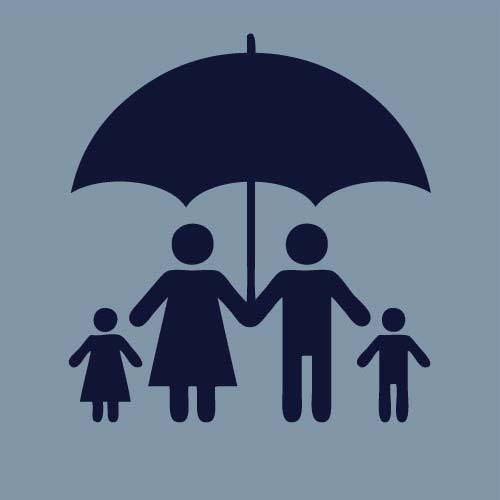 If you had died today would the people you left behind be looked after in the way you would wish? 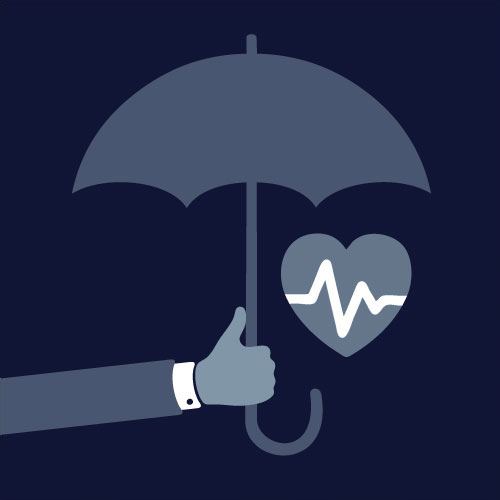 You might well already be insured against death, but what about insuring yourself in case you live?

Ask yourself the following questions:

If you already have insurance:

If you answered “yes” to ANY of these questions, then you need a review.

GET A FREE REVIEW

If you had died today would the people you left behind be looked after in the way you would wish, or would the distress of your loss be compounded by financial worry?

If you need cover for a fixed period only, ‘Term Insurance’ is what you’re looking for. This is relatively low-priced cover for a specific period. It can be set up as what’s known as ‘Reducing Term’ or ‘Level Term’ (or sometimes even ‘Increasing Term’).

Reducing Term is the cheapest of all, as it is used when the life needs to be insured against a reducing liability. This means that the Insurance Company’s exposure gets less and less over time (hence it is cheaper). This kind of cover would typically be taken out in conjunction with a repayment mortgage or a loan, where the debt (and so the sum needed to clear it) reduces down to a nil balance over a period of time. So, you only need to insure against the outstanding debt at the time of death.

Level Term cover is where a sum assured would pay out the same amount of money at any point within the term that a claim occurred. For example, with an interest-only mortgage, the debt owed would be the same on the last day as it had been on the first, so the cover needed to clear that debt would need to be level throughout the term. An alternative example would be where someone might want to insure their life until their youngest child was, say, 18 or 21, or 23, etc. They might like the cover during this period to stay at the same level, not reduce.

Increasing Term cover (less common), is where there is the same, fixed-term need as above, but the client wishes the cover it be indexed (say, to keep pace with inflation, etc.)

The other main type of Life Assurance is called ‘Whole-of-Life’ (WOL). As its name suggests, this cover would run throughout a person’s life, not just for a specified period. You might notice that we have switched from calling this ‘Life Insurance’ to ‘Life Assurance’. Generally, companies call whole-of-life policies ‘life assurance’ because, whereas your beneficiaries might make a claim under a term policy (i.e. you might die during the term of the policy), they will make one -sooner or later- under a whole-of-life plan (i.e. we all die eventually). For this reason, this kind of insurance is the most expensive, as one day it will definitely pay out.

Whole-of-life plans might be appropriate where someone is going to be financially dependent on someone else for the rest of their life. It may also be appropriate in some kinds of tax planning situations (i.e. where there is an inheritance tax (IHT) liability to be settled on death). We have ties with some life companies who now offer a 99-year term policy to cover this need. (The result is effectively the same -i.e. it provides cover for a person’s whole life, since you cannot usually take out cover unless you’re at least age 18, and there are not so many of us still alive at age 117! However, making the plan a fixed term, rather than true Whole-of-Life, means less expensive premiums, owing to the way the insurer provides for the risk.)

WOL policies often contain an investment element. This is because the insurance company invests the premium income to help pay for the sum assured.

ALL LIFE POLICIES can be taken out as single or joint-life plans, and joint life plans can be set to pay out on either first death or second death.

You might well already be insured against death, but what about insuring yourself in case you live?

You may wonder what on earth we mean by this. Read on…

Critical Illness Cover is designed to pay out a lump sum (like life cover does), on the occurrence or diagnosis of certain listed ‘critical conditions’. These are serious conditions, which might involve a substantial (or even permanent) period of time off work, and might well alter your future capability to live life in the same way, or to the same degree. In some cases they are life-threatening conditions, but ones which you have a good chance of surviving.

Insurance Companies realised some time ago that surviving some conditions could actually leave you (and your family) in a poorer financial position than if you had actually died! Also, one of the major obstacles on the road to recovering from a critical condition is financial pressure. Critical Illness Cover buys people the luxury of time, in order to truly get better, and not have to rush back to work and potentially exacerbate their illness. It also helps them to choose a different career path, if necessary, or perhaps to stop working altogether.

It gives you the luxury of choices.

In its infancy, this kind of cover typically only included six critical conditions (things like heart attack, stroke, etc.). Nowadays, owing to the competition between the Insurance Companies, it is common to see many other critical conditions covered.

Critical illness cover can be taken out as a stand-alone policy on a single life basis. Alternatively, it is possible to combine this type of cover with any of the sorts of life plans outlined above. When combined with a life plan, it can also be set up as a single-life OR a joint-life policy.

If you think you might benefit
from speaking with us, please